Free Shipping
On most orders over $200 within the continental USA

C-RLA™ offers doctors and their patients a safe, efficacious delivery system of High Dose Vitamin C and R-Lipoic Acid in one formulation. The sunflower-derived phospholipids (non-soy product for those with soy sensitivities) are GMO-free and 100% vegan.

Each serving contains 1500mg of Vitamin C and 70mg of R-Lipoic Acid in a natural (GMO-free) liposomal preparation. As most oral Vitamin C doses above 250mg are very poorly absorbed, the only efficacious high dose oral delivery system is via liposomes from natural phosphatidyl choline. Many doctors supplement in-office Vitamin C drips with C-RLA™ so the patients continue to receive the benefit of high-dose Vitamin C without stomach distress.

Lipoic Acid – a vital antioxidant
Lipoic acid helps protect against oxidative stress generated by high glucose levels. Alpha-lipoic acid consists of two different forms (isomers) that have vastly different properties. The “R” form is the biologically active component (native to the body) that is responsible for lipoic acid’s phenomenal antioxidant effect. The “S” form is produced from chemical manufacturing and is much less effective. Typical alpha-lipoic acid supplements consist of the “R” and “S” form in a 50/50 ratio. Pure R-lipoic acid may be 10 times more effective than other forms of  lipoic acid and has been called the “mitochondrial antioxidant” because it is a key component of mitochondrial dehydrogenase complexes. The pure R-Lipoic Acid in C-RLA™ supports a healthy inflammatory response and is a potent free-radical scavenger.* 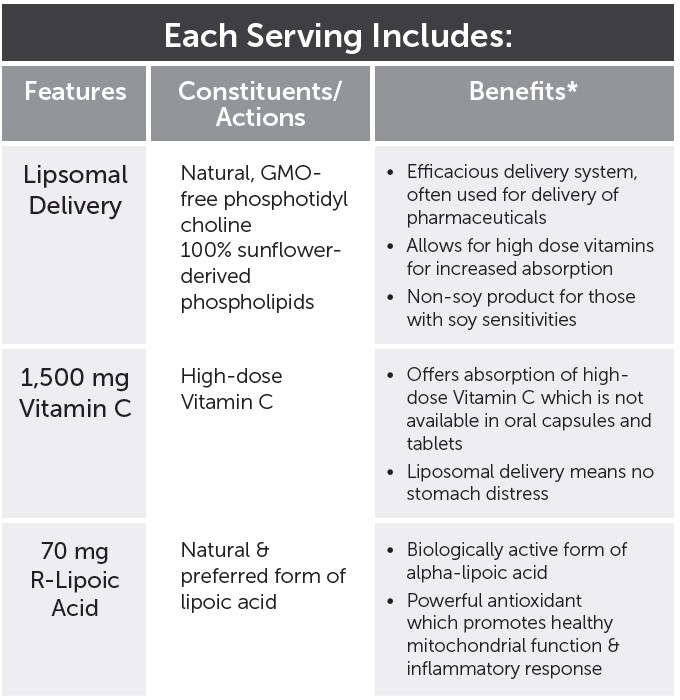 Suggested Use: As a dietary supplement, take two teaspoons (10 mL) daily (optionally in water), away from food or as directed by your health care professional. Additional doses may be taken.

Shake well before use.

Cautions:  If pregnant or nursing, consult your health care professional before use

Neuro-Care 1oz
I bought this to ease the pain I have, while sleeping. The pain was always surrounding my skull, neck, and shoulders..Sometimes numbness down my arm. I was amazed that this worked so quickly ! I called a friend, to recommend this to her, as she has fibromyalgia. I now can sleep through the night, and am waking up with no pain.
Ilene Sherfy
Read more product reviews
Read all reviews